Authorities and institutions for automotive cybersecurity at a glance

A Listing of Authorities and Institutions Relevant to Cybersecurity in the Automotive Industry, with a Brief Explanation of their Impact

In the (new) domain of cybersecurity in the automotive value chain, a large number of national and international authorities and other institutions have far-reaching impact. The different spheres of influence reach so far that regulations and requirements even have a direct effect on the own organization and the daily work on processes, work products and related framework conditions.

This video course is made for all those who want to have a holistic view of automotive cybersecurity today and want to better understand the background and context.

In this video course, you will learn about the different types of authorities and understand why they have such a special importance for the daily work around cybersecurity.

Looking at Europe, the USA and the Asia / Pacific region, you will get a wide-ranging overview of which institutions exist in the field of cybersecurity. Additionally, you will get to know these most important authorities and their respective scope: in Europe e.g. ENX Association, ENISA and VDA, in the USA e.g. Auto-ISAC, NHTSA and SAE and in the Asia / Pacific region e.g. CAC, SAC and others.

Finally, some of the most important laws and regulations with impact on cybersecurity are presented in a quick overview.


For compliance and homogenization managers

In your daily work, all kinds of different obligations, responsibilities, and requirements from very different standards and regulations play an important role? Use this video course to get a wide-ranging understanding of the most important international institutions in the field of automotive cybersecurity.

You already know exactly about all the authorities and institutions one should know about in the field of cybersecurity – even internationally? Possibly not at all. Use this video course to refresh your know-how around national and international cybersecurity authorities on the level of the USA, Europe and for the Asia / Pacific region.

I. Intro to Role of Governments and Authorities (Summary) Video Course

What is the role of national and international authorities in cybersecurity and which associations explicitly deal with the automotive industry and in what way? In the first part of the video, the short Intro gives you an overview of what you will learn in this video course.

II. Importance of governments and authorities

There are a variety of different authorities that have an impact on the domain of cybersecurity in the automotive industry. Here we make a distinction of what different types of authorities exist and break down in detail exactly what their different roles and areas of influence are.

In this part of the video course, you will get a detailed overview of the most important authorities that play a role in cybersecurity in the automotive industry. We will first look at Europe, then the United States of America and last but not least the Asia / Pacific region, including the People’s Republic of China.

National Institute of Standards and Technology (NIST), German Federal Office for Information Security (BSI), European Union Agency for Cybersecurity (ENISA) – This part of the video introduces some of the major cybersecurity institutions.

This part of the video presents some of the most important cybersecurity-related legislations and regulations. (Please also have a look at the other videos of Chapter 02).

VI. Outro: What did you learn?

In this short outro, we briefly summarize what you have learned in this video course. 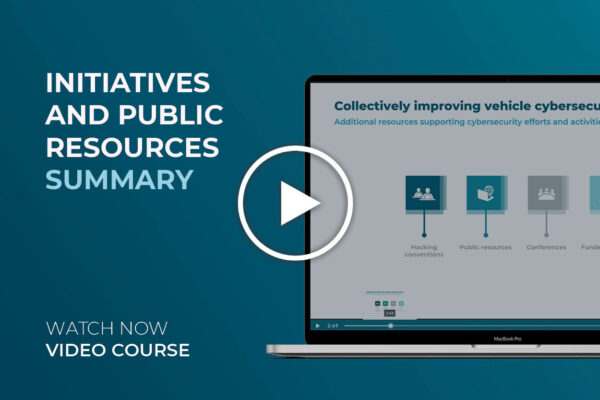 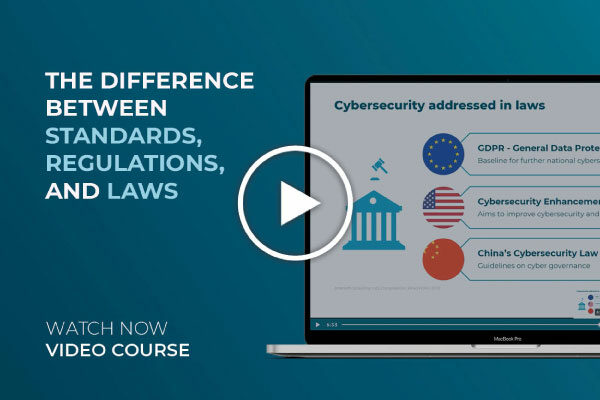 Difference between standards, regulations, and laws in automotive

In this short 8 minute video course, you will learn the difference between standards, regulations, and laws in the automotive industry. Watch and learn. 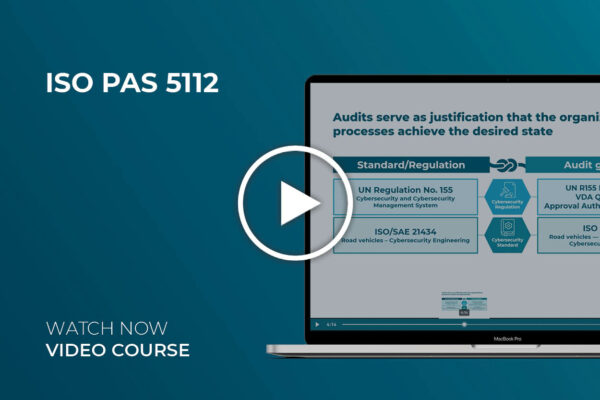 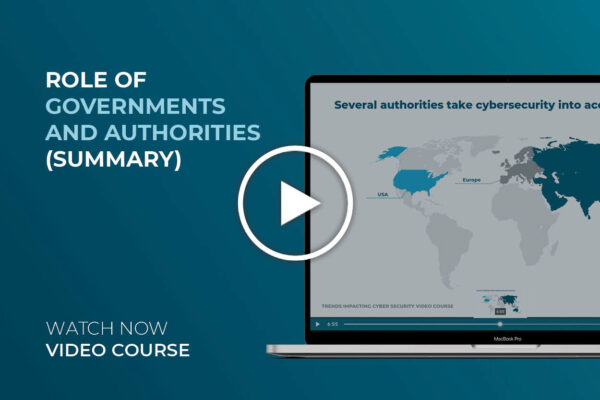 Authorities and Institutions for Automotive Cybersecurity at a Glance

Become familiar with the most important Authorities and Institutions for Cybersecurity in the Automotive industry. Among others in Europe e.g. ENX, ENISA & VDA; in the USA e.g. Auto-ISAC, NHTSA and SAE and more. 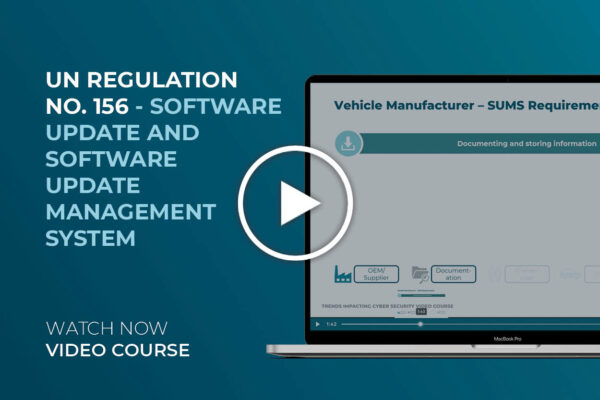 Get to know the structure and requirements of UN Regulation No 156 (UNECE) for software updates around the vehicle: with this unique video course. 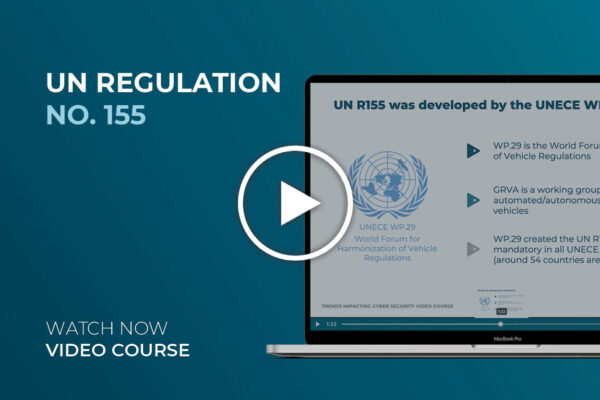 This video course “UN R155” will thoroughly explain the different aspects of the UN Regulation No. 155. 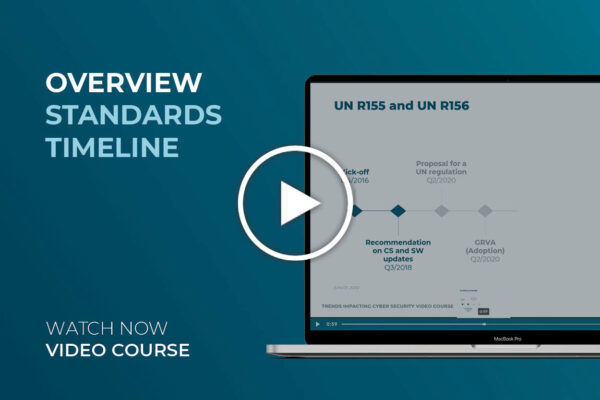 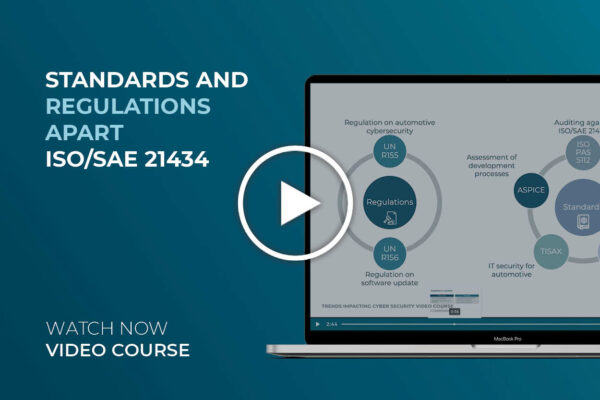 There are many important Cybersecurity Automotive Standards and Regulations besides ISO/SAE 21434: Learn about them in a summary video. 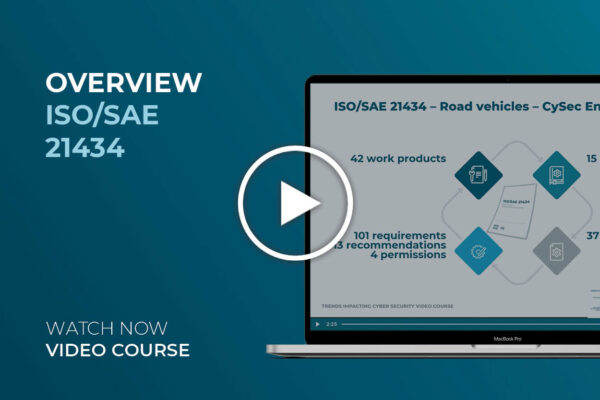 With this ISO/SAE 21434 training as a (free!) video course, you will get a detailed overview of the purpose and complete structure of ISO/SAE 21434:2021.
© 2022 CYRES Consulting Services GmbH | Imprint | AGB & Widerrufsbelehrung | Returns | Privacy Policy 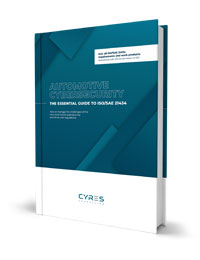 We use cookies to ensure that we give you the best experience on our website. If you continue to use this site we will assume that you are happy with it.OkNoPrivacy policy
You can revoke your consent any time using the Revoke consent button.Revoke cookies